The 2018 Midterm Elections in a Southern City: Suffolk, Virginia

Once solidly conservative, Virginia elected the nation's first black Governor since Reconstruction, Democrat Douglas Wilder, in the early 1990s. With Obama in 2008, Virginia voted for its first Democratic president since LBJ. Here’s how one small city in the former home of the Confederacy voted in the 2018 midterms elections. 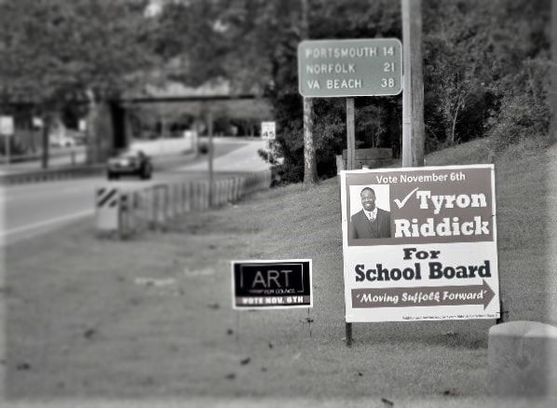 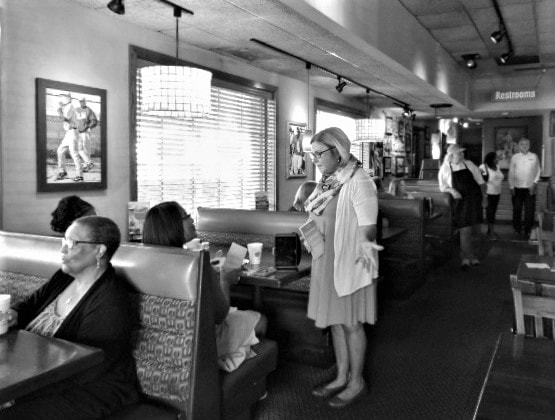 Sherri Story, after a mini newspaper drama of suspect endorsements on the part of her competitor, beat out Diane Foster for the Chuckatuck School Board seat. At a September 22 meet and greet, she speaks with would-be voters about creating tiered discipline plans and overhauling teacher retention programs. 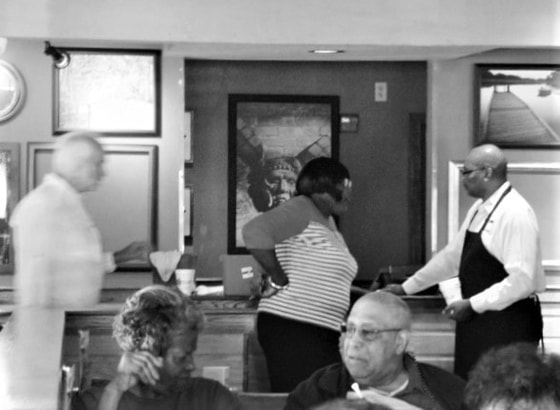 Thelma Hinton, standing in conversation, served on the school board council from 2008 until 2012, when new district maps erased her seat. On election night November 6, 2018, she lost to first timer Tyron Riddick, a school bus driver and community activist, who received endorsements from two city council members and Mayor Linda Johnson. 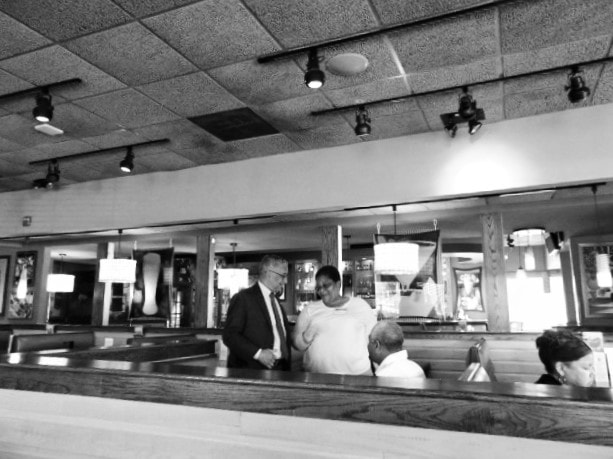 As with the past several elections, Democrat Bobby Scott ran unopposed for the Third District. Here he enjoys a pancake breakfast with constituents in September. 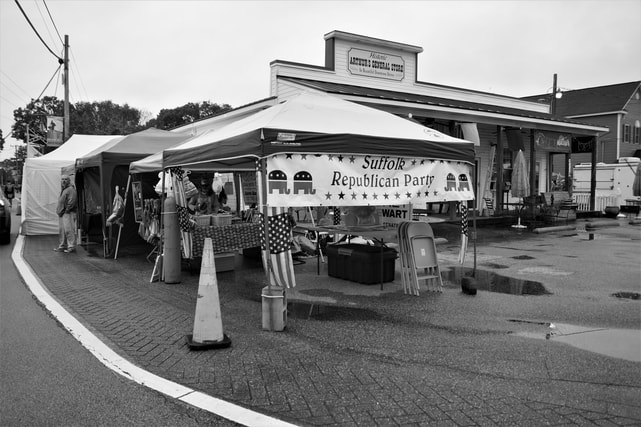 The Republican Party did not have a great showing in Suffolk, though they claimed success in other parts of the Commonwealth. Here, the Suffolk Republicans wait to set up at the Driver Days Celebration in one of Suffolk’s most historic villages.
Like most of the state, Suffolk saw its largest midterm turn out in history.  Above, preparations for two events - one Democrat, one Republican.
Full Results for Suffolk, Virginia
U.S. Senate
Democrat Tim Kaine 60.63%
Republican Corey Stewart 37.96%
Libertarian Matt Waters 1.31%

Results from across the state are available from the Virginia Department of Elections.
Copyright and Licensing
Most images are available for print and digital licensing.  Photographs on this page are copyright Pamela L. Crawley, All Rights Reserved. To inquire about licensing and reproduction rights, contact me at pamelacrawley @ vt.edu.